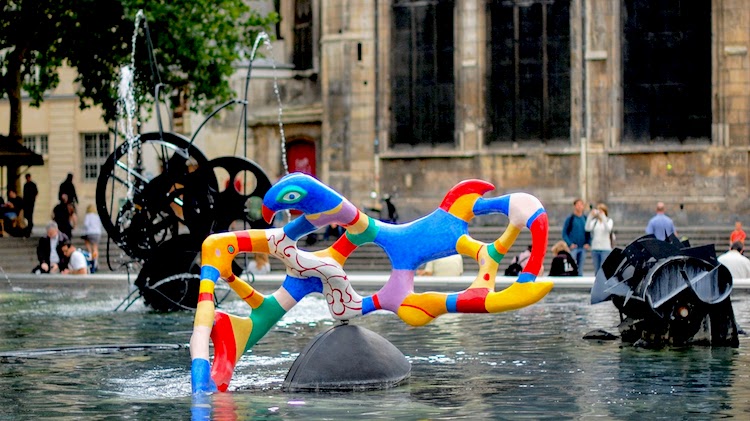 Where Do You Go To (My Lovely)

I didn’t know that Wes Anderson had shot the short Hotel Chevalier a whole year before The Darjeeling Limited and that it somehow ties in with the film. This is the perfect occasion to admire his manic obsession with detail, geometric composition and camera movement (not to mention the always superb Natalie Portman of course.)

I had written the opening scene of Darjeeling, and then I wrote the short. Then I asked Jason and Roman if they wanted to work with me on the script. As we got going, I realized that Jason’s character in the short was the same character in the feature, and I started linking them together. And then we made the short a year before we shot the feature.
(…)
When it was all done, I didn’t want to incorporate the short into the movie. But I couldn’t decide how I wanted it to go. I wanted to play the short in front of the movie, but not always. Sometimes I preferred to watch the movie without the short. It became a puzzle to me. So in the end I decided that I would like to have the movie open in America without the short, but I would like people to have access to it if they want to see it first. So we put the short on iTunes. After a month, I’d like to feel it out and maybe add the short back to the feature. And it’ll definitely be on the DVD. Different people will see it in different ways, but I like that because they both stand on their own. At the same time, the feature kind of requires the short. Ideally, I wouldn’t mind if people watched the short and went to the movie the next day, or later that afternoon. I don’t know if they’re made to go right from one into the other.

Do yourself a favour and watch this in in full-screen and high definition.