Do Not Disgrace It 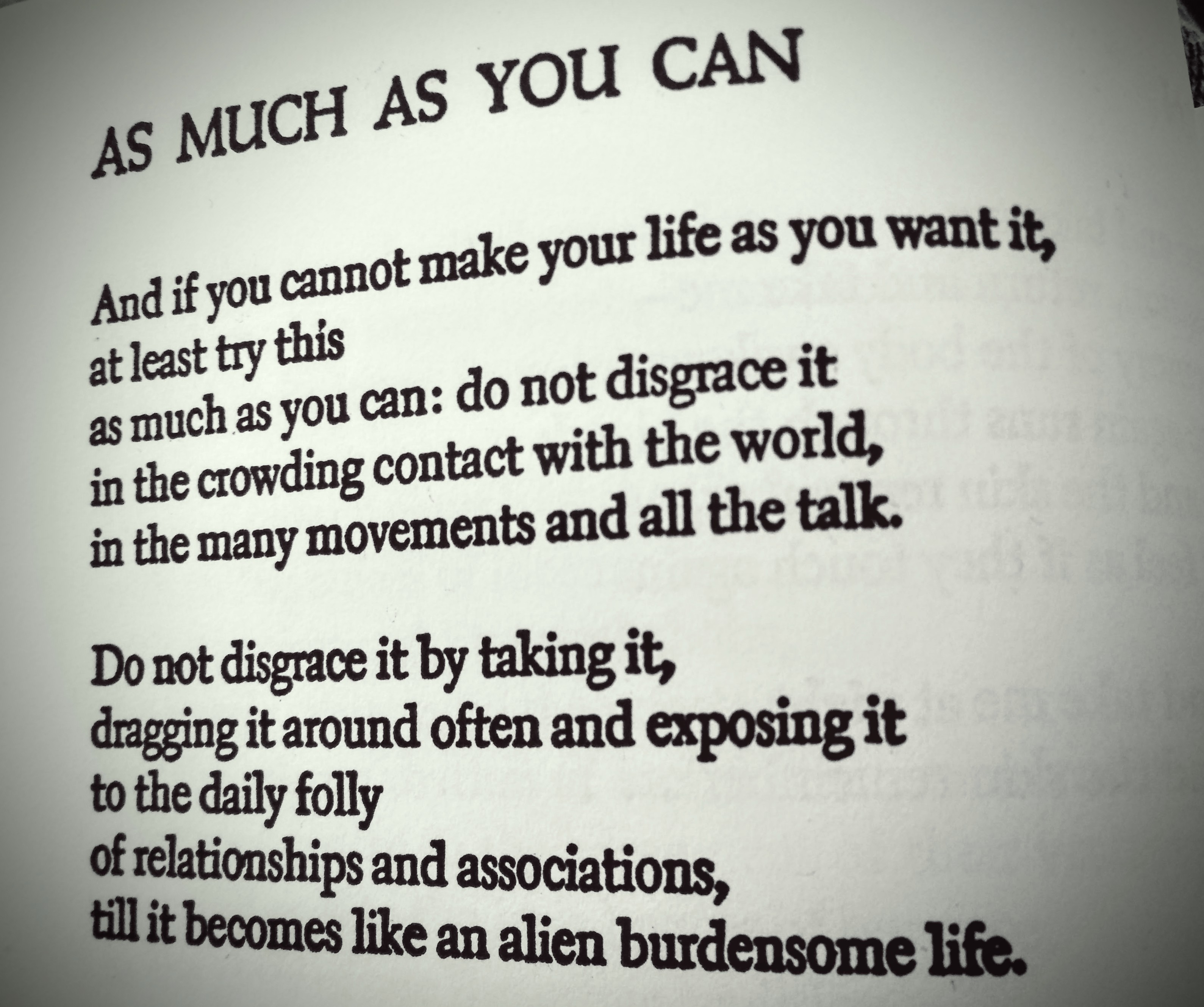 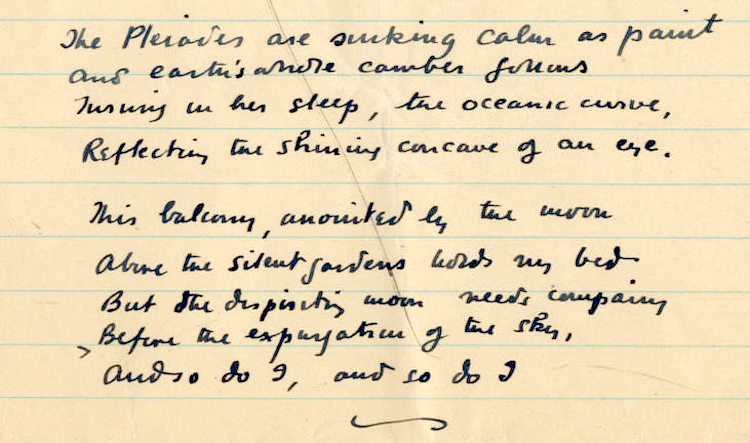 The Pleiades are sinking calm as paint,
The earth’s huge camber follows out,
Turning in sleep, the oceanic curve.

Defined in concave like a human eye
Or a cheek pressed warm on the dark’s cheek,
Like dancers to a music they deserve.

This balcony, a moon-anointed shelf
Above a silent garden holds my bed.
I slept. But the dispiriting autumn moon,

In her slow expurgation of the sky
Needs company: is brooding on the dead,
And so am I now, so am I. 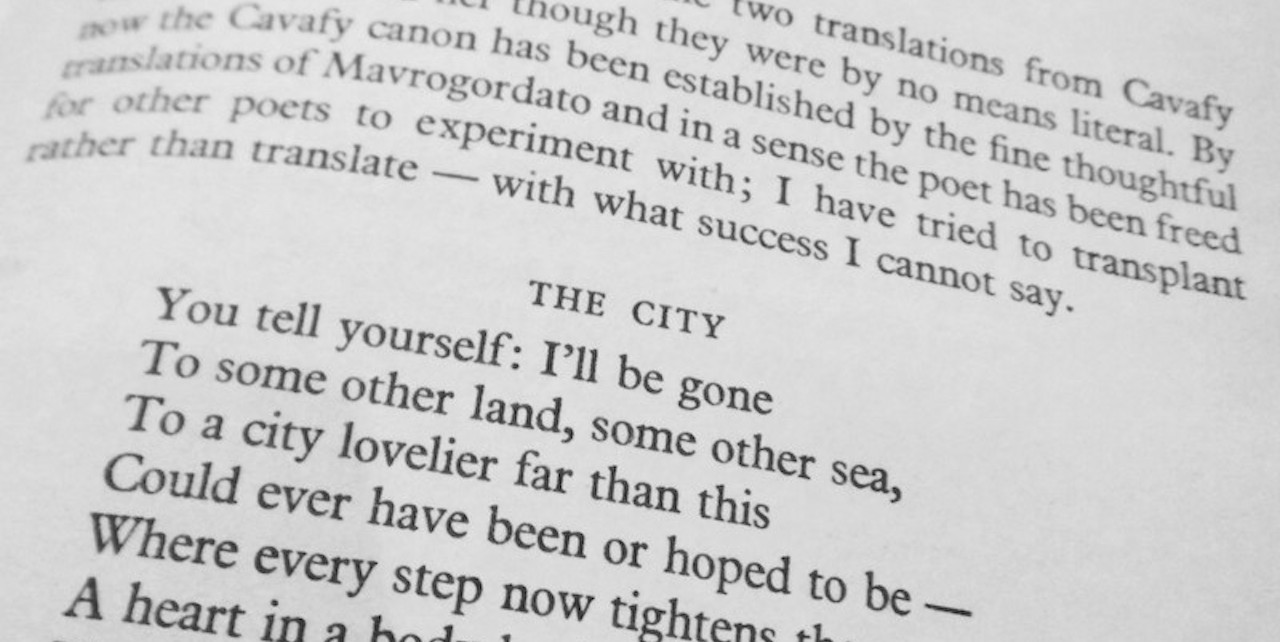 In Heather’s defense, she couldn’t have known that my quick and slightly alarmed reference to Durrell while talking about Cavafy was precisely quick, meant to not let an obsession which has plagued me for most of my life rear its beautiful head.

The innocent comment was that there were perhaps references to Cavafy in the Alexandria Quartet. What she couldn’t have known is that once I discovered Cavafy, it struck me that in the Quartet, the city of Alexandria is possibly the canvas on which Durrell paints Cavafy, a city which has haunted me and drawn me in all these years. She didn’t know that I was in panic of reopening the book and never be able to come back up for air again, lost in my increasingly isolated bouts with an excess of beauty. And paint Cavafy he does, most notably at the very end of Justine, where he offers his own translation (he calls it a “transplant”) of The City:

I have tried to transplant rather than translate — with what success I cannot say.

There is much more throughout the book, but I have not come back up for air yet.

Since my obsessions are all somewhat related, this one awoke an even older one, which is wanting to understand Greek. Because the language sounds beautiful, yes, but especially because it is at the root of so many words we use every day and at the core of so much of what we call “civilization” (yes, Latin too, but the Romans also “transplanted” significant parts of the Hellenic culture and adapted it to their own). I’ve always thought that Europe itself is a Greek idea. That we’re all really Greeks. That the very least I should do is explore my heritage. That I ought to be able to read and write in Greek. Alexandria was always there, of course: it never left my mind that it was an Hellenic city for one thousand years (maybe still partly is), after Alexander the Great founded it.

And now, as if there is no possible escape, I want to go to Greece.

I want to go to Corfu and stay at the Durrells’ house (which one can) and breathe the bay of Kalami from the veranda and rent a boat and explore the secret beaches and lie naked in the sun and read Miller’s Colossus and Cavafy’s poems and Durrell’s guides to the islands and talk and sleep and sip my ouzo and swim in the warm, transparent and turquoise sea and make love and drink wine and cook and eat and drink wine again and talk more and make love again and talk again and drink more wine and fall asleep and wake up to the aegean sunrise and die just a little from the exaggerated bliss.

It took me too long to realise that the city can have me, all of me, but I must better my ways. If it would let me in its arms, I’d stay there for the rest of my life.

You tell yourself: I’ll be gone
To some other land, some other sea,
To a city lovelier far than this
Could ever have been or hoped to be-
Where every step now tightens the noose:
A heart in a body buried and out of use:
How long, how long must I be here
Confined among these dreary purlieus
Of the common mind? Wherever now I look
Black ruins of my life rise into view.
So many years have I been here
Spending and squandering, and nothing gained.
There’s no new land, my friend, no
New sea; for the city will follow you,
In the same streets you’ll wander endlessly,
The same mental suburbs slip from youth to age,
In the same house go white at last-
The city is a cage.
No other places, always this
Your earthly landfall, and no ship exists
To take you from yourself. Ah! don’t you see
Just as you’ve ruined your life in this
One plot of ground you’ve ruined its worth
Everywhere now-over the whole earth?

— Lawrence Durrell’s “transplant” of Cavafy’s poem, a gift for Justine. See The City, the Spirit, and the Letter: On Translating Cavafy, for more on the various versions. 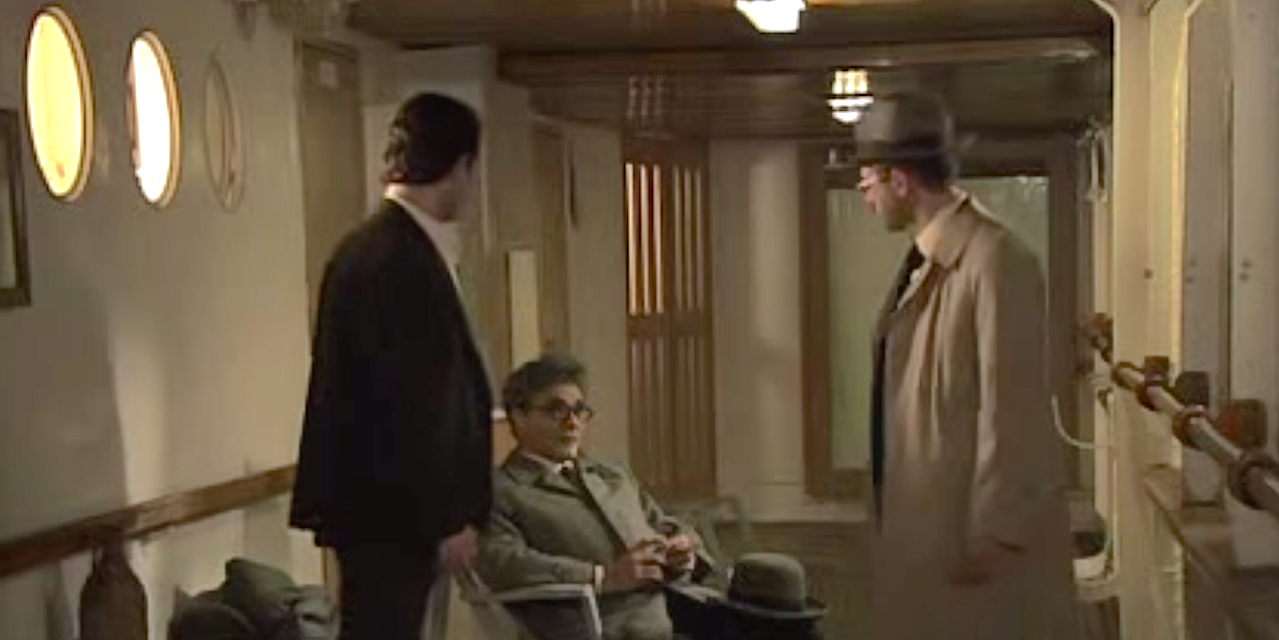 Costantine Cavafy was a wholly unknown Greek poet to me until a friend, in the middle of a conversation we were having about growing, referred me to some of his verses. The poem was this:

Days yet to come stretch out before us
like a row of candles, burning brightly —
vivacious candles, golden and warm.

The days that have passed fall behind us,
burned-out candles in a dismal row:
those closest at hand still smoking;
cold candles, melted and deformed.

I don’t want to look; their state saddens me;
it saddens me to remember their initial glow.
I look ahead, instead, to my lighted candles.

I don’t want to turn back to see, with horror,
how quickly the dark row of candles has lengthened,
how rapidly the number of dead candles has grown.

Despite it being almost certain that something was lost in the translation from the Greek (and we have to thank E. M. Foster, of a Passage to India fame, for the fact that Cavafy’s work was translated at all, curiously), it struck us both immediately as something Fernando Pessoa, or one of his many heteronyms could have written. Beautifully simple and elegant, unpretentious and yet so very well crafted. One can feel the painful introspection, nowhere present in the words themselves.

Upon further research it was surprising to discover that Cavafy’s pathos and yes, his relationship with Alexandria, where he was born and lived, was akin to Pessoa’s with Lisbon, also to Joyce’s with Dublin, or Kafka’s with Prague. Even their lives were similar, having lost their fathers at an early age and moving with their mothers to English-speaking countries (Cavafy to England, Pessoa to South Africa) and being perfectly bilingual.

All very well and amusing, but not exactly earth-shattering.

Earth-shattering (to us at least) was to discover that Cavafy and Pessoa actually met each other on a ship, by the most random of coincidences, a story which is worthy of a film. The original Greek documentary is below (with English subtitles) and explains it so much better than I ever could, dumbfounded as I still am at the whole story, which has given more information than I can ever hope to process. It goes on for more than one hour, but is worth every minute. (update: the complete video is now gone from YouTube, sorry.)

I can’t really begin to comprehend these stratospheric levels of serendipity and what they might mean; it’s a little frightening to consider the options, and I haven’t even reopened Lawrence Durrell’s Alexandria Quartet yet. Rachel Cohen’s essay on Cavafy and Pessoa helps, but adds another layer to this web, this, well, fugue: it was written in 2002, six whole years before it was known that the poets had met, an eery presage.

Beauty, incomprehensible. As it should be.